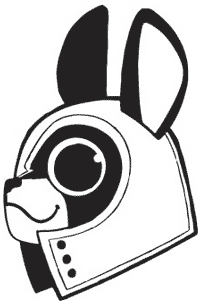 Welcome to the team, Siniša! Tell us a little bit about yourself and your background.

Hello! I am an animator from Zagreb, Croatia. Like many other artists, as a kid, I loved cartoons, comics, movies, games, and of course dinosaurs. And I never stopped being that kid. I enrolled in the animation department at the Zagreb Art Academy. Zagreb in the 60s had a really strong style called “Zagreb school of animated films”. That was a big inspiration for me and it was my luck that the teachers from the Academy were trained by the old masters. At the Academy we were taught to animate on paper, old school, and this taught me to plan my animation before I hit the desk. As an animator hungry for more knowledge, in 2012 I enrolled in The Animation Workshop in Denmark to learn 3D Character Animation. That expanded my horizons and made me a more versatile artist. I met some wonderful people and some amazing instructors that came from big studios like Disney, Dreamworks, Pixar, and Sony. After that, I understood how much more there was to learn and I continued to educate myself. I landed in the Czech Republic at Anomalia to study and practice more 3D with other talented students and teachers. After that, I keep enrolling in online courses and creating routines to practice my drawing skills as well. Besides all the studying, I have worked around Europe on series, short films, features, VFX, commercial, games, and now finally with Spine.

What brought you to Spine?

It’s actually a fun story. My wife is Spanish and she was taking Croatian classes around 2014. The two struggling students of the class were her and an American. One day when I came to pick her up they were chatting about their struggles with the language and we went for a drink and when he explained to me about the software that he created -- I was so impressed! And... that’s how I met Nate. I got a firsthand introduction to the world of Spine.

What's your role on the Spine team?

I approached Nate with the idea to make a series of video lessons. I collected a lot of materials through the years and I wanted to share that knowledge. Especially as I do both 2D and 3D animation, Spine is a perfect mix of both. A lot of indie teams are often very small and many times developers and artists are not trained in animation. These courses will be perfect for them. We will start with the basics, with emphasis on making it easy to follow. Then we’ll move to an intermediate level where we’ll see the typical animation cycles used in videogames, exploring different animation styles and techniques. And then some advanced techniques where we will tackle all sorts of things: combat, acting, and a lot of other tricks to get that fine polish look.

Question from the audience: what is your all-time favorite video game?

That’s a tough one. I started to play games on a Commodore and Atari. One day my mother brought us an Apple computer from work, and then I discovered the original Prince of Persia. Until then, the game I had seen only had squares moving around, but this game was much different -- the character moved so fluidly. Later I found out that the developer actually recorded his brother moving around and rotoscoped him. Genius! After that I was hooked on 2D point and click adventures, like Monkey Island, Day of the Tentacle, Discworld, and my favorite Full Throttle. But again Prince of Persia came back to surprise me, this time the Ubisoft version, The Sands of Time. This updated version was impressive with its movement and acrobatics and it set a precedent for other videogames like Assassins Creed (which I also quite enjoy). The last game I played was Spiderman from Insomniac Games, which is such a wonderfully animated game. It looks beautiful, the gameplay is nice, the story as well but the animation, it’s just perfect. I would probably put Bloodborne at the top of my list because I like to torture myself, but as a favorite, I think that I will keep Prince of Persia, The Sands of Time. That game was a revolution and I really hope to see another sequel.

Say "Hello" to Siniša on the forum!