Weird artifacts on my latest rig in Unity

The white artifacts shouldn't be there.

There are also pink or white lines where meshes meet in some places. 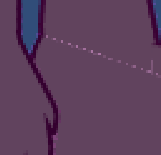 These issues do not exist in Spine editor.

Spine 3.8.72
Unity 2019.1.9f1
Runtimes 27.09
Default JSON export settings
Default Unity renderer (deffered?)
I used Photoshop to Spine script to import the assets in Spine but as mentioned, everything looks fine in the editor. The problem appears only in Unity.

The problem appears on my reimported old rigs that worked fine before as well. Might be something in the latest runtimes update.

Emailed a reproduction project to you guys.

There's also a draw order issue on one of my rigs that's in the repro project I emailed. Background leg keeps popping in front at the end of the animation.

I reverted back to the previous Runtimes version via source control and everything works fine now. So it's indeed something in the latest runtimes.

Thanks for the report and opening an issue on the tracker for this. [unity] Visual artifacts in Unity on all my rigs - new and old · #1510 We'll take a looksy.

Posting here for reference as well, also documented on issue via comment:

Cause of the observed problem:
All textures have been exported as Premultiplied alpha (the default workflow) textures, but the imported texture settings in Unity all have the parameter Advanced - Alpha is Transparency enabled, which is wrong and causes visual artifacts.

I reverted back to the previous Runtimes version via source control and everything works fine now. So it's indeed something in the latest runtimes.

This is very strange. Spine sets imported atlas textures Advanced - Alpha is Transparency parameter to false in the latest spine-unity versions, which should lead to the correct setup. Are you perhaps using other assets that change texture settings automatically?

The project I emailed you is completely fresh with no other assets present. I created a new project. Imported latest runtimes, deleted examples folder and dropped in my rigs. So it's the default behaviour for some reason. I could reproduce it in two other projects I have as well. The export settings in Spine are also the Defaults, I specifically made sure of that.

I didn't think of checking the import settings because previously this exact worklfow worked fine, now it doesn't. Hence why I'm posting. Furthermore, rigs that I exported months ago and worked fine previously have this same exact issue when freshly imported in a project with latest runtimes.

But it's easy to fix, so thank you for the information. I'll know what to do when this happens next time.

Thanks for the info. I just had a look and noticed that the spine texture settings don't seem to be applied on import, we'll have a look at it!

I just filed an issue for it:
[unity] SetDefaultTextureSettings is not called on import · #1514

The cause has been discovered, now it's the solution that needs to be found

Thank you for the followup. Glad you found the issue.

Thanks again for reporting!

Hmm, it seems the issue has returned in the latest runtimes.

Indeed the "meta file exists" detection mechanism was not working properly on newer Unity versions. Sorry and thanks very much for reporting!

Thanks again for reporting!